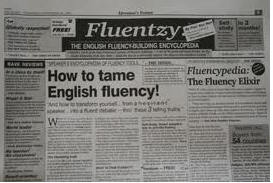 Spaces between words define where words end, and where others begin. So every time a keyword ends with a space, Google begins indexing a new one. Theoretically, languages such as English have an advantage because of this. Unlike most other Germanic languages, English has compound nouns that aren’t written as one word. For instance: in English it is Search Engine Optimisation instead of searchengineoptimisation, or race bike instead of racebike. German write: Suchmaschinenoptimierung, not Such Maschinen Optimierung; and in Dutch it is, zoekmachineoptimalisatie, not, zoek machine optimalisatie. This means that keyword density in English content will always have a chance or reaching higher levels than in German or Dutch content if the content creator chooses keywords wisely. In my opinion, this makes English even more the ‘Lingua Franca’ of the web.
Posted by rhkMARCOMonline at 05:06