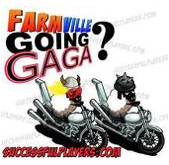 Lady Gaga has paved a path for stars and brands to get inventive with the ways they use digital and social media to promote themselves and connect with fans. Here's how she did it with her new album, Born This Way.

The web is what you make of it,” reads the parting text in Google Chrome‘s latest commercial featuring Lady Gaga. It’s a simple eight-word slogan for Google’s web browser but it represents so much more when you connect it to Gaga, who took to the web this year to create an inescapable marketing spectacle for her Born This Way album. In the months leading up to the May 23 album release — and even now — Gaga has paved a path for stars and brands to get inventive with the ways they use digital and social media to promote themselves and connect with fans.


Succes on major Social Networks
The 25-year-old is no stranger to success on the web. She remains a heavyweight on major social networks: In the past year, Lady Gaga was the first artist to reach 1 billion views on YouTube; she beat President Barack Obama to 10 million Facebook fans (she’s now closing in on 35 million); and most recently, she was first Twitter user to acquire 10 million followers.
FarmVille Gaga
The promotional juggernaut further ramped up her all-encompassing web presence, fostering partnerships with Zynga for the FarmVille-inspired GagaVille, Starbucks for a massive scavenger hunt, VEVO for exclusive premieres, HBO for a concert special, Rdio for free lifetime subscriptions, iTunes for a promotional countdown, Best Buy and Livestream for an album signing and Gilt Groupe and Amazon Cloud Player for deals.
Social media vs traditional media
“Gaga and her team are some of the best marketers around; they understand the importance of integrating social with traditional media, engaging audiences in real-time, and most of all, telling a story that is relatable and worth spreading,” said Alexa Scordato, a Gaga fan, digital strategist and community manager for MAT@USC.
Cyberbullied
Even Lady Gaga’s critics have to acknowledge the magnitude of her marketing medley: “I’ll probably get cyber bullied after this from all her Little Monsters, but I’m not a huge Gaga fan,” said Romey Louangvilay, senior account executive of digital and social media at Euro RSCG PR. “With that said, I give her credit for her artistry and marketing genuineness.”
Gaga knows her QR codes
Gaga scattered QR codes on the web that led back to iTunes where users could download a ringtone of "Born This Way."


Gaga is the web
Tapulous, a Disney Mobile venture, launched Born This Way Revenge, a Tap Tap Revenge app game for iPhone and iPod. The app features 17 tracks from the deluxe album version, access to GagaVision, Lady Gaga's Twitter feed, three exclusive chat rooms, the official lyrics and Haus of Gaga event lists.
Gaga became creative director at Polaroid.
Weird Al Yankovic
Gaga gave comedic musician Weird Al Yankovic permission to include a parody of "Born This Way" called "Perform This Way" on his new album. Gaga won MTV OMA awards for "Most Innovative Artist" and "Must Follow Artist on Twitter."
Digital and social media initiatives
The link below, displays a huge swathe of the digital and social media initiatives behind Gaga’s Born This Way. It's mindboggling how she uses online social media in any which commercial way without becomming just another 'product'. I guess it's the monster in her that keeps us fascinated (and Gaga successful)
How Lady Gaga Created a Web Marketing Spectacle for Born This Way [PICS]
Posted by rhkMARCOMonline at 23:18