Roaming cost lower in nearby future? 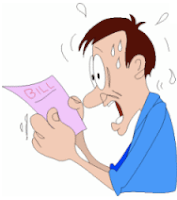 By 2014, throughout Europe, going online on your mobile phone will only cost you 0,50 cents/MB. Euro-commissioner Kroes will see to that. Her plans to make mobile data exchange less expensive throughout the European union will be presented soon.
At the moment, going online outside the range of your own mobile service network (roaming) can cost you dearly, in spite of measurements taken by the European Union to lower those costs.
Considering the time people spent on their mobile devices to check mail, post messages in Social Media, look up stuff on the web, navigate their way around by use of apps such as Google Maps, Imap etc. bills can be humongous. Kroes plans to lower these ludicrous roaming costs to 0,90 ct/MB by 2012, and 0,50 ct/MB by 2014.

She also wants mobile users to have a choice which provider they will use when abroad. Now, mobile users depend entirely on roaming offers of their own mobile service providers.
Still, having the choice to pick whatever network you like depends on connectivity between those networks. In order for Kroes', plans to work she will have to issue a law for all networks to work together. Otherwise, a mobile user can't choose which network he wants for the simple reason that some networks just do not connect you to your own domestic network.
The plan of having roaming cost reduced to 0,50 ct/MB by 2014 is an ambitious one. It remains to be seen if Kroes will succeed to create synergy among all the European mobile networks for the sake of protecting its users. Users who are bled dry now, if they don't keep track of their online behaviour when out of reach of their own network.
Nevertheless, it is a very welcome plan. No one wants to return from a relaxed vacation only to suffer a 'bill-shock' upon return.
Posted by rhkMARCOMonline at 01:37