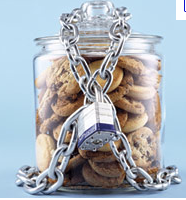 IAB Europe and IAB Belgium today launched the website http://www.cookiedemosite.eu/ that demonstrates the serious consequences for the consumers’ surf experience of the overly strict consent requirement amendment on cookies and other storing technologies as adopted by the Dutch Parliament on 22 June 2011 (which has to be confirmed or rejected by the Dutch Senate).

The amendment would require websites to receive a user's explicit consent before placing certain cookies on their computer. Some groups and advocates are pushing for similar laws in EU/EEA countries that have not yet transposed the E-Privacy Directive. Recent research conducted by Nielsen on some of the most popular websites found that
more than half the cookies would be captured by the Dutch law.   "The debate on the use of cookies has been rather theoretical so far and we hope a real life demonstration website will help policy makers in Europe and Dutch Senators assess the impact of an overly strict consent provision properly." said Patrick Marck, General Manager IAB Belgium. “Asking for consent so strict that it is in practice an explicit consent, goes far beyond the objective of the e-Privacy Directive,” said Kimon Zorbas, Vice President of IAB Europe and added: “Such requirements are likely to result in either pop-ups or registration-like processes, neither of which increases users’ privacy protection. Clear and transparent consumer information and meaningful controls (e.g. existing and new improved browser settings) contribute to better privacy in a pragmatic way. ” The Dutch Government has pointed out that it will be enforcing the law - if adopted - against Dutch companies only. IAB Europe is concerned that the legislation will put Dutch companies at a serious competitive disadvantage. The maturity and value of the Dutch online advertising market is among the top five in Europe and is likely to lose its place in the EU ranking if the Dutch Senate confirms the proposed law.
Posted by rhkMARCOMonline at 08:33