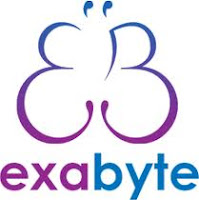 At the moment I am a happy owner of 5 terabyte of external storage for all my rich media files, text files and  what not. Until recently, I thought that would suffice for the coming decades. Unfortunately, that is not the case. By the year 2016 I will probably have to upgrade to exabytes (1018 bytes). If you take into account that, increasingly, our lives will evolve around multiple online presences and mobile interaction I expect that the number, and moreover the size, of files will increase as well. Cisco research (2012) came up with mind-boggling increase in mobile traffic data. Similar applies to data exchange over the web.
Additionally, network speed will improve dramatically with the slowly but surely implemented glass-fiber networks throughout the western world and in Asia. In this blog post, however, I will focus on mobile traffic increase exclusively.


“Western Europeans are embracing the mobile phone as an e-commerce platform. Based on current data, the report projects that the €1.7 billion in mobile spending seen last year will grow eleven fold to €19.2 billion in 2017, accounting for 6.8% of overall online sales.” (Forrester’s first European Mobile Commerce forecast, Tuesday 17 July 2012) 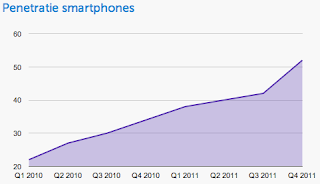 A Cisco 2011 benchmark study after 20 Dutch sites showed that 7.5% of total online visits is generated through mobile devices such as smartphones, tablets and mobile music players. The sites involved cover sectors such as e-commerce (online stores), news, entertainment, travel, and education. Together they account for 5 million visitors per month.

In comparison, 2010 showed that the average number of visits through the mobile channel to the same 20 Dutch sites was only 2.2%

Top 5 mobile devices in the Netherlands
Not sure what all the bits, bobs, and bytes etc entail?
Visit: http://en.wikipedia.org/wiki/Exabyte