The professional nightmare of an obsolete digital landscape. 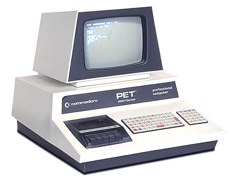 A recent Techcrunch article states: “Why would you force people to use all this old stuff?”. This refers to, often bigger, companies forcing their employees to work with obsolete software, hardware and networks that came straight out of the stone age. This nightmare befalls me everyday. As a marketer I have to use certain cloud applications, metrics tools and social media platforms. Unfortunately, our Neolithic network prevents us from using some of the above mentioned. For instance, if I find something interesting on emarketer.com and want to share it through my own database in Google Drive, the network prevents this. A genuine nightmare
because online marketing 2013 is all about keeping track of innovations and sharing it with your co-marketers. It get’s even worse, some applications are abolished full stop, because the network’s band with is to narrow to support them. The nightmare goes on, for safety reasons all freeware such as Irfan View, Homesite and even Firefox  etc etc is banned by the network and their Palaeolithic rulers.

Ah and, yeah, no one is allowed to have sound on their pc’s…. That is after logon, which makes all efforts in using, lets say YouTube (et al) in all our social media efforts kind of senseless.  Wait! It gets worse! If you don’t abide by the prehistoric rules of our network and you do try to install necessary freeware or stream media or online metrics the system immediately crashes. The fact that some of us still are on older Windows versions does not help. The fact that most of us still have to use pc’s that are at least 10 years old is just disturbing.

This particular barren anachronistic digital landscape I have to work in, is not an exception. At my previous employer we had to work with Windows 5 software…. Obsolete doesn’t even begin to describe it. The office version did not recognise xlsx and docx files and Google apps did not render properly.  And sharing content through online platforms? Forget it!

Of course we could not use Chrome – install prevented – so were forced to use Internet Explorer version ‘crash’. All efforts to have other software failed. Reason: low priority. In the meantime, delay, incompatibility, crashes, malfunction, costs companies that do not update their digital landscape millions and marketers are caught between deadlines and ill-performing if not not performing at all hardware, software, networks.

Off late, people start to bring to work their own devices such as smartphones, tablets, iPads. Using their own providers and networks at work because they work... If they’re smart they register the time spent for work on their own devices and sent the bill to their account payable departments. Maybe that will wake up IT departments, or rather the powers that be who control major budgets and make major decisions.
Posted by rhkMARCOMonline at 03:30

Email ThisBlogThis!Share to TwitterShare to FacebookShare to Pinterest
Labels: Google